Posted About Three Weeks Ago by Joshua Robinson

Since he delivered what many R&B fans have been deeming an all-time great NPR Tiny Desk performance back in June, Usher has remained at the forefront of music and pop-culture. In addition to becoming meme fodder, the 43-year-old singer has also appeared alongside City Girls on their latest single, "Good Love." 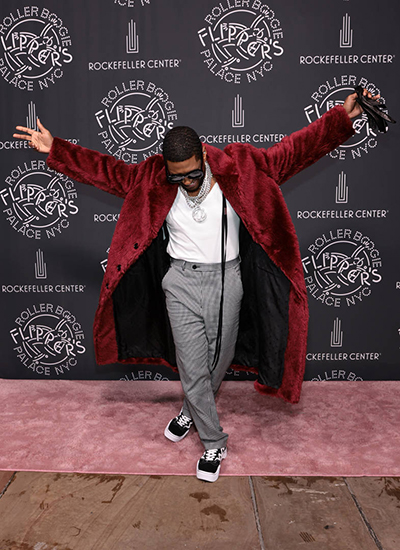 Naturally, Usher's big summer has inspired countless fans to fantasize about the possibility of the Confessions artist participating in a Verzuz battle, with everyone from Chris Brown to Trey Songz being suggested as potential competitors. Chris Brown has already admitted that an Usher v. Chris Brown Verzuz would "make sense," and now, Usher has shared his thoughts on the two R&B icons going head-to-head.

In a recent interview with E! News, Usher revealed he was aware of fans clammoring for him to hit the Verzuz stage, but he quickly shut down any rumors and confirmed that a Verzuz match between himself and anyone else is not in the works.

"There was a flyer that was put together. It’s not official, no, we’re not doing that," Usher said. "But I can appreciate what I see. Nah, there’s no Verzuz. I don’t think y’all ready for nothing like that. You might be ready for something like that on stage, maybe in the future. Stay tuned."

Check out Usher's interview with E! News below. The Verzuz talk picks up around the 1:25-mark.