Posted About Three Weeks Ago by Keithan Samuels

Usher is celebrating the 25th anniversary of his landmark sophomore album, My Way, in a major…way. The R&B icon has reissued the album with a special 25th-anniversary edition.

Today (Sept. 16) at 7 p.m. ET, Usher will premiere his 25 Years My Way mini-documentary on his YouTube channel. The Dolapo Sangokoya-directed doc will feature interviews with Usher, Jermaine Dupri and Ryan James Carr.

It will also include behind-the-scenes footage of the making of the reimagined tracks, as well as never-before-seen archival footage of Usher from the album’s era.

The album earned Usher his first chart-topper on the Billboard Hot 100, “Nice & Slow.” The lead single “You Make Me Wanna…” and the title track both peaked at No. 2 on the Hot 100. All three singles were co-written by Usher, Jermaine Dupri and Manuel Seal. 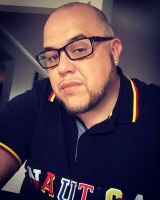 Beyonce
"Break My Soul'
On Video